Political writings from our authors and the press

The championing of ‘third way’ neoliberal policies under Blair, the invasion of Iraq and the war in Afghanistan marked, among other things, a turn against the Labour party for many people in the UK. Protest votes and abstention have long been a practice of the British Left, but Jeremy Corbyn looks set to change that. This blog, by rapper, Spoken Word artist and activist Potent Whisper, narrates this sea-change; describing his longstanding activism against the structural violence enacted by Labour and Tory governments and the hope for a progressive future that Corbyn’s leadership offers.

My name is Potent Whisper. I co-lead the ‘Save Brixton Arches’ campaign and founded 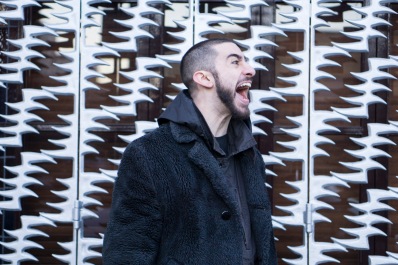 the anti-gentrification community group ‘Our Brixton’ which fuses art with direct action to support local housing campaigns. I have spent the past two years doing what I can to try and defend my community against the violence that Lambeth Council – a Labour council – inflicts relentlessly on its residents and those who work in the area. I have fought not only on estates, in the streets and at council meetings but I have witnessed also the suffering of friends and neighbours behind closed doors, in their most vulnerable moments.

So when it came time to inform a friend that I would plan to vote for the Party that is threatening to make her homeless under the guise of “estate regeneration” I could not do so without feeling some degree of shame. Not only could this decision potentially compromise my place in my community, but also my place in the hearts of people I love and respect. Making this decision to vote and campaign for Labour has been extremely difficult and one that I have not taken lightly.

I’d like to share my reasons for making this decision, and the thought process that led me here. Before I do though, I want to say – very clearly – that none of what I am about to write seeks to deny any of the violence that Labour councils have been carrying out, or the suffering that has come about because of them. To deny this would be to deny the truth and everything I have been campaigning against for years. Further, I want to make it clear that I will continue to campaign against Lambeth Council for the entirety of the election period – Labour or not.

In recent years it has seemed increasingly apparent to me that we need true political revolution in this country. For decades the British public have been sold dreams by politicians, only to be betrayed and abandoned by the people who were supposed to represent them. I can not think of one Party leader in recent decades who has represented the people before their own personal interests. For this reason, millions of people have sought change and their approach has typically been to attempt to use the system, to beat the system. They invest their time and energy into “playing the game” i.e. engaging with mainstream politics, joining a Party or attempting to get elected themselves; in the hope that they may – one day – get into a position of power and make the change we need. My view is that this approach is ineffective – at least to the degree that we require. The tragic truth is that the political system in itself seems designed – on all levels – to prevent any real change or true democracy from taking place.

On a national scale, this is evidenced when looking the voting system, disproportionate representation, the power held by unelected officials, or one of the thousand other examples I could give. Then on a local level, the virtual impossibility of making change by way of “proper”/ systematic process is evidenced every day, not least on housing estates across London. Look at estate regeneration/ estate demolition:

To start with, the official process of community consultation will be carried out after the decision to demolish an estate. When finally consulted, residents will vote overwhelmingly not to demolish. They will attend an official council meeting where only two residents will be given the opportunity to speak, for two minutes each. This is compared to the five minutes each, allowed for every councillor. The residents’ opposition to the demolition goes completely ignored by the council, and so they pursue a judicial review. The judge rightly rules in favour of residents, but the council challenges the decision – with their expensive legal team – and wins. Residents continue to organise, in a desperate attempt to save their homes, only to then be demonised by the council – who use their friends at the press to paint their victims as aggressors. This is just one of a hundred examples I could give of the system fighting those it should be working for.

Any attempt to achieve change within the current system seems simply futile. This is the reason I have only voted once before in my life, and the reason I have always opted to put my energies into direct action and organising in my community. Despite this, I have always had a voice at the back of my mind, almost tormenting me, asking me whether I am definitely taking the right approach to what I believe will be a lifetime of struggle.

Now, however, it seems that I have the opportunity to determine – once and for all – whether meaningful change can or cannot be achieved within this current system. This General Election, and Jeremy Corbyn, surely offers us the ultimate opportunity to determine whether controlled/ systematic methods of resistance can ever work, whether you can “play the game” and win, or whether we in fact need a revolution and nothing but a revolution.

Though Corbyn may not be a revolutionary, his “new kind of politics” is certainly radical in this political climate. He is proposing truly socialist policies/ ideas that serve the common person and completely oppose Tory/ New Labour ideology. If put into practice, they are policies that would directly better the everyday lives of millions of people across the UK. It has been noted that historically, Corbyn’s words have – more often that not – been accompanied by action. Despite the criticisms that some may have of him, the fact remains that he has dedicated his life to bettering the lives of those in his community and has knowingly risked his own personal liberty in the process.

I do not believe that we have ever had a British politician with such progressive views, who has been this close to getting into power. I don’t imagine that we ever will. Surely then this is the ideal opportunity to put the age old argument between “outright revolution” and “internal systemic reform” to the ultimate test. If Corbyn is successful in delivering what he promises as prime minister, then the majority of us will enjoy a better quality of life. If he fails, we will know once and for all that the system can’t be beaten. Surely?

It would not matter how Corbyn may fail; whether he loses the election outright or whether he wins and is then overthrown by New Labour MP’s. It would not matter that “the media was biased” or that “May didn’t give him enough notice before the election” or that “the whole establishment was against him”. If he were to fail, we would know then that this system – and all of its arms – does not/ can never work for ordinary people.

If Corbyn were to fail – despite the fact that he’s won every election he ever stood in – perhaps it would not be the end of the Left, but the beginning of real effective resistance. Perhaps it would bring new possibilities and spark an interest in exploring new/ more effective/ direct approaches to making change. Perhaps then I would be able to move forward with the certain knowledge that I am acting as effectively and efficiently as possible, based on what I would then know does not work – the current system.

Corbyn is the best chance at change that we have/ will have – within this system. I’m voting for Corbyn’s Labour because I want to know whether he can/ will deliver his promises as Prime Minister, to get some closure, to find out whether this system could have ever worked, or whether the majority of the Left have been betting on a horse that was born without legs.

My approach to this is quite simple: I will do whatever I can to help Corbyn get into power. If he wins and is successful in bringing the change he speaks of, then we will all be one big step closer to achieving a compassionate and prosperous society that – as he says – works for everyone. But of course we still won’t be there yet, and I will remain active. If on the other hand he loses, or if he wins but fails to implement his proposed policies for any reason, then I will again continue to remain active. Either way, the power is always with me/ us. Nobody represents me. I have no masters. I just have a vote, a bit of hope and a chance to get some fucking closure.

This blog was submitted to Pluto, if you wish to send in a submission please email: florencesw@plutobooks.com